COMPARE 0
You are here:Company » Social Engagement » 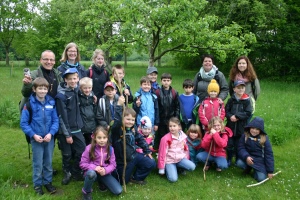 The stork couple of Wegholm

As a family company in the third-generation with strong roots and a 90-year history, we consider ourselves to be an active part of society in the Minden-Lübbecke region. It has been a matter of course for us to engage ourselves for social purposes in the interests of the common good for decades now. We support projects, clubs or schools through donations or practical help. At this point we would like to single out a few specific projects.

In these times of demographic change, which is so visible in rural areas, we are supporting the Eldagsen-Friedewalde primary school group. It is especially important to us that the primary school in Friedewalde remains open. In 2015, we will be supporting environmental education in cooperation with the Biological Station in Nordholz for the second time through an earmarked donation.

We roundly condemn any form of racism or hostility towards foreigners. For this reason we are supporting the "Arbeitsgemeinschaft Alte Synagoge Petershagen" citizens association which is keeping remembrance of the Jewish community in Petershagen, which was eradicated during the times of national socialism, alive.

The association has made it its task to retain the ensemble consisting of the former synagogue, Jewish school and Mikwe in Petershagen, and to present Jewish history in the region to visitors in a permanent exhibition and in accompanying changing exhibitions and a variety of cultural events.

Cooperation with the Hauptschule Petershagen has been in existence since 2003. The first joint project was the erection of a stork's nest right on our company premises. The Minden-Lübbecke "White Stork Rescue" action committee provided specialist consultation and the nesting platform. In the meantime, many other projects have been implemented in cooperation with the Hauptschule Petershagen, for example the artist Peter Medzech created a scrap tree consisting of JENZ steel scrap together with the school pupils.

We are continuing to support the "White Stork Rescue" action committee. For this purpose we took over the lifting platform vehicle from the town of Petershagen at the beginning of 2014, and carried out a costly overhaul so that the stork's nests and equipment in the region can continue to be inspected.