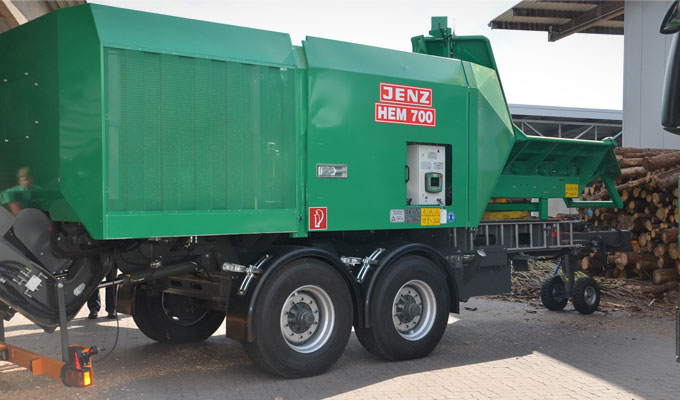 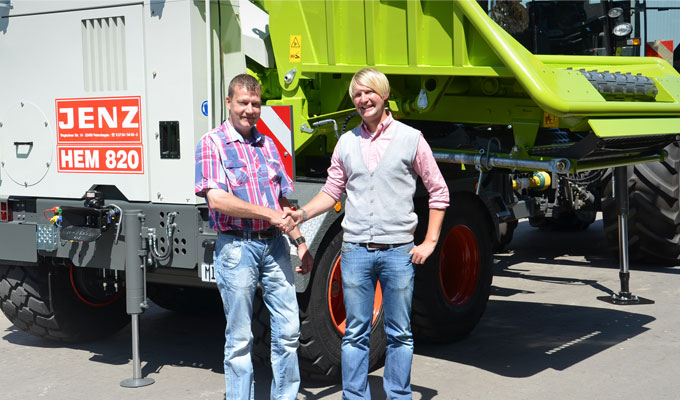 Gladbeck. For Georg Niewerth it is a matter of honour that he drives his Claas Xerion 3800 from Gladbeck to Petershagen-Wegholm so that he can personally collect his new JENZ HEM 820Z mobile chipper. The 41-year-old private contractor's passion is working.

Previously, Mr Niewerth also had a Fendt, but his visit to the World-Claas a few years ago really made an impression. "Where there's smoke there's fire", is how Mr Niewerth describes the technology made in ... 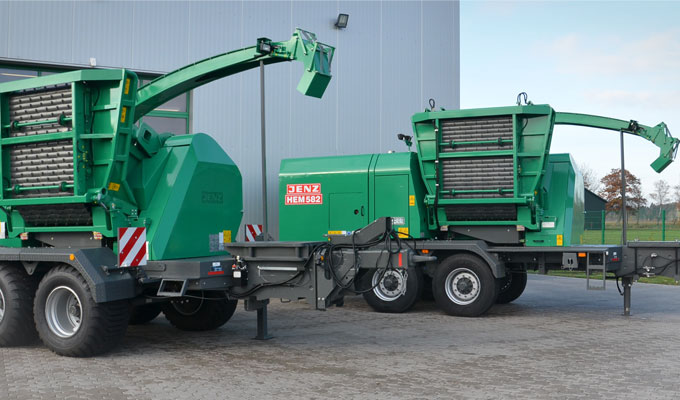 There is an old saying in Finland: "Finland lives from its forests". This saying was obviously made to measure for Hakevuori Limited, whose main work is the production of energy woodchippings for heating and energy generation plants.

Owner and general manager Reijo Wuorio has been operating an energy wood company since 2001 - at that time he bought two used chippers from an acquaintance, and started to chip wood as a private contractor and also to process his own ... 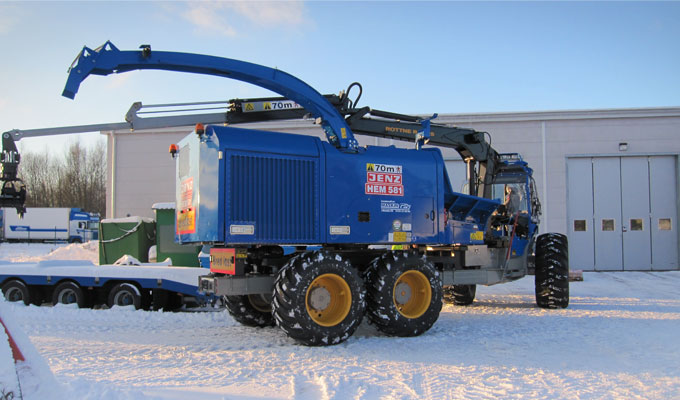 Why Robert Johansson trusts an unusual and exceptional configuration of the HEM 581 DL East Gothland.

This vehicle looks like it comes from another planet and yet it is travelling around Sweden. Precise location: East Gothland, a historic province spreading from the south Swedish highlands to the central lowlands.

The main cities in the area are Norrköping, Linköping and Motala. It is in Motala that MaskinCity AB has constructed its combination vehicle from a ...
01.08.2011 | Mobile chipper | From another planet
more » 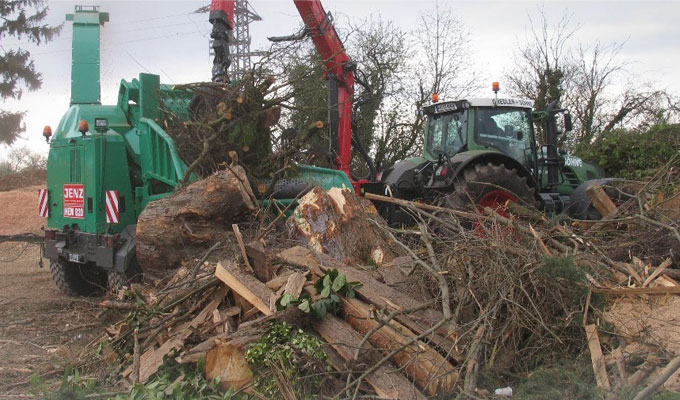 "The best mobile chipper we have ever had"

Why Stefan Gredler chose the HEM 820 Z
Karlsdorf-Neuthard. When Austrian Franz Gredler founded his company, Forst, near Karlsruhe, he certainly would not have imagined that fifty years later more than sixty people would be working at Gredler und Söhne. Franz Gredler senior first established the company in 1958 in Donaueschingen. His two sons, Franz and Peter Gredler, managed the company together. Stefan Gredler now represents the third generation at the helm for the past ...
01.08.2011 | Mobile chipper | "The best mobile chipper we have ever had"
more »