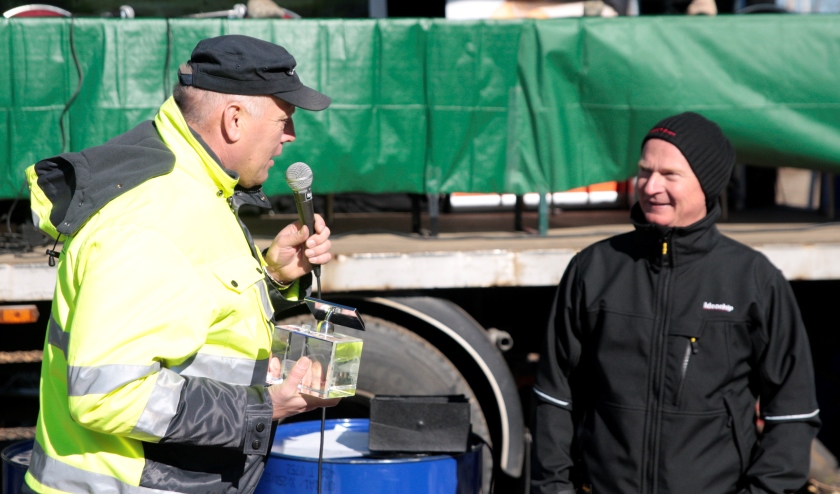 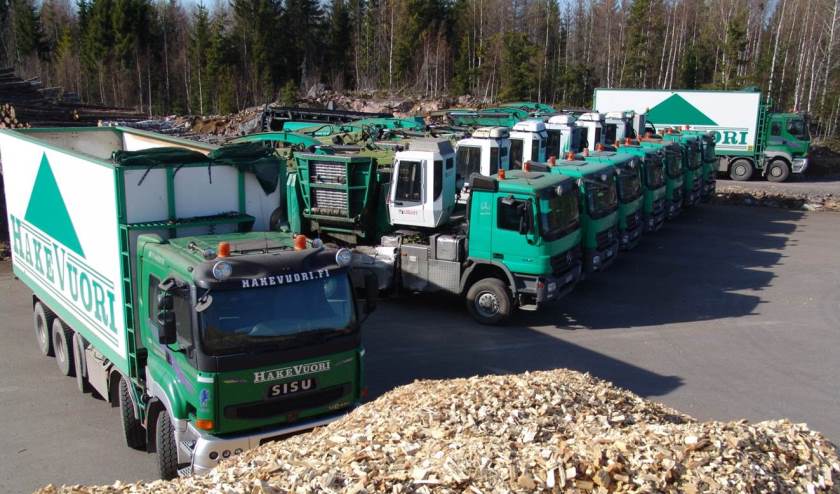 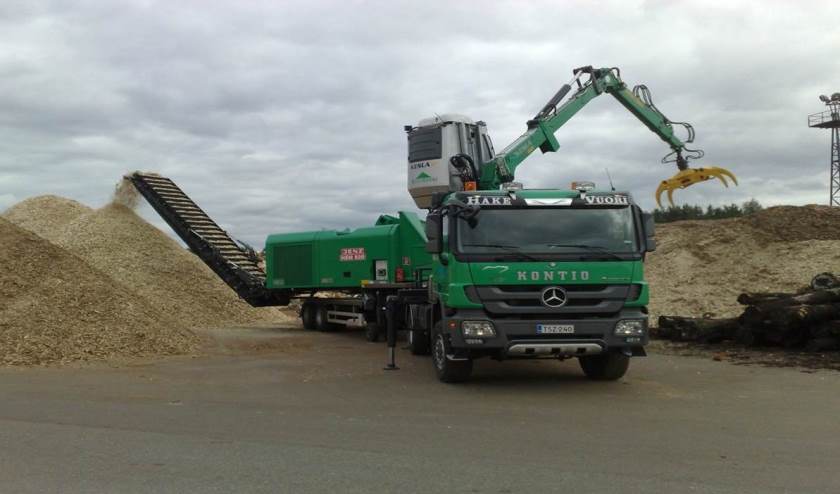 Wegholm/Pennala (Finland). The interchangeable cutter system has a long tradition at JENZ. Different types of cutters have successfully been fitted to chippers for more than 30 years. This always takes place with the aim of improving machine handling. A brief look back at the history of the well-established system illustrates its development.

"Up to around 1982 we had the cutters in the drum, and they had to be re-ground once they became blunt. This also applies to the first mobile chipper which we built in cooperation with Algol in 1977" recalls Uwe Hempen-Hermeier. The machine was constructed for the Finnish state forestry administration at that time. Finland wanted to find out whether residual forest timber could be used as an energy source for heat generation through subsidisation with state development funds. "The requirement was that the woodchippings could be produced outdoors in the forest using mobile means and with the highest-possible performance" is how Mr Hempen-Hermeier explains the task. The trials showed that producing the woodchippings was not a problem, but improvements with regard to handling the machine for use in the forest itself were required. Changing the cutters turned out to be extremely difficult.

Unlike the stationary machines which had been produced up to then, which always worked under consistent deployment conditions, there were special factors to be taken into account for mobile chippers. Changing environmental conditions in the form of moisture, dirt, cold and the associated problems such as frozen stones provided a challenge, as did handling the cutters requiring grinding which meant a continuous hazard potential for the machine operator due to their high weight. On top of this, standstills resulted in negative consequences for the logistics chain.

When planning further machines, the Finnish state forestry demanded that all wear parts on the rotor were capable of being replaced in the forest. The birth of the interchangeable cutter system practised nowadays was approaching. In 1982, JENZ delivered the first HEM 300-1000 WEA with a corresponding system. The basic idea was just as simple as it was ingenious: the cutters, which were fixed in a very complicated way, were replaced by sharp blades which were clamped in place using relatively small clamping pieces. The 3 mm blades used at first broke very quickly. The problem was the thin material which was not capable of resisting the extreme deployment conditions in Finland, especially during the winter. The 5 mm blade developed as a result proved sufficient for the fragmentised softwood mostly produced in Finland.

Further development up to 7 mm blade

At the beginning of the 1990s, the 5 mm blade was reinforced to 7 mm. The reason for this was the proliferation of the JENZ mobile chippers in Germany where a lot more hardwood such as beech, oak and acacia was being chipped. These blades proved to be reliable even when working with frozen wood in winter. These blades have established themselves as the backbone of the JENZ chipper over many decades if one looks at the numbers produced. "The 7 mm blade is our best-selling wear part. Our customers confirm that the price to performance ratio is particularly good. The other convincing thing is the simple replacement system" confirms spare parts sales manager Silvio Patzsch. Grinding has also been optimised over the course of time. The current JENZ blade program therefore also includes a softwood and thick wood blade with special grinding in addition to the best-selling all-purpose blade. Recently a reinforced 12 mm thick wood blade, which is particularly suitable for the most extreme weather conditions, has been introduced.

Back to the roots: Last year, JENZ delivered its one millionth interchangeable blade to the place where everything started, in other words Finland. The market for biomasses there is huge: Finland is the country in Europe with the largest proportion of forest with more than 70% forestry coverage. This was also recognised by Reijo Wuorio, who founded a biomass farm on which he successfully used JENZ machines in 2001. The Hakevuorio Oy company, with its bioenergy terminal in Askola, has been in existence since 2007, and the company has developed into a woodchipping production specialist over the intervening years. By now, Hakevuorio Oy is one of the largest customers handled by JENZ dealer Ideachip Machine Oy, and employs 34 people.

JENZ machines form the core of the machinery fleet

The machinery fleet, which has been increasing permanently since founding, is certainly something to be seen. Mr Wuorio has bought a total of 14 JENZ machines during his many years as a customer. At the moment, seven HEM 561 DQ/HEM 582 DQs and one HEM 820 DL are being deployed. The program is supplemented with numerous other machines for woodchipping logistics. Over the previous year, around 950,000 m³ of woodchippings were produced, which corresponds to an energy quantity of at least 66,500 m³ of oil or around 172,900 t of CO₂. This means that the company is playing an important role in achieving the Finnish climate objectives. These are that CO₂ emissions are to be reduced by 20% compared with 1990 by the year 2020. Furthermore, 38% of the energy consumption is to be met by renewable energies. One thing is for sure: even the one millionth interchangeable blade will be playing its part in achieving these objectives when it is used by Hakevuorio Oy. For this reason, the blade was ceremonially handed over to Reijo Wuorio during a biomass conference in Padasjoki, Finland by Ideachip employee Jukka Humalainen. "We demonstrated the HEM 820 DL, and during this we achieved a chipping throughput of 340 m³/h. This was rewarded later on by a commission. We got a lot of very positive feedback for our presentation, even some from high-level representatives of biomass power stations who confirmed the good woodchipping quality" reported Mr Humalainen happily. A total of more than 500 spectators were present, including two members of the EU Parliament and two Finnish Parliament MPs. These dimensions underline the importance of biomass treatment and allow all those participating to take a positive look at the future.