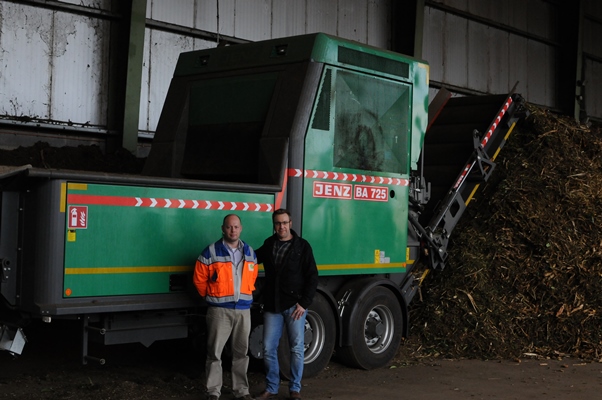 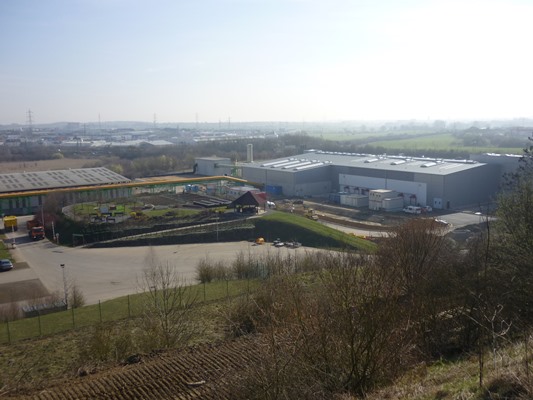 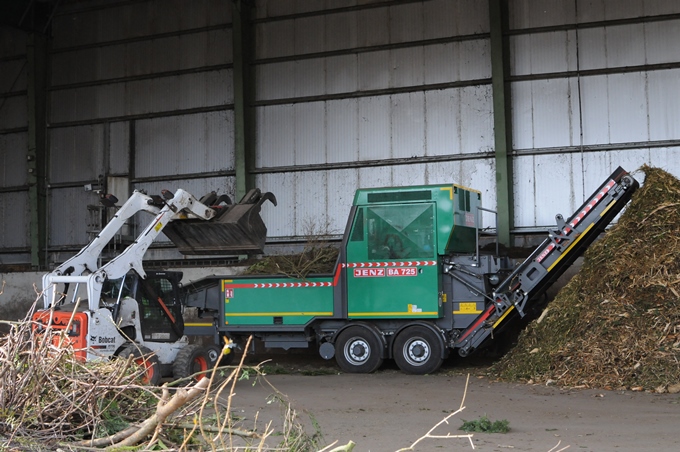 Esch-Uelzecht/Luxembourg. The term syndicate means an organisational consortium of several districts for the implementation of major regional projects. "Syndicate" comes from French (syndicat) and means something like "administrator", especially with regard to a specific geographical area. Minett-Kompost in Luxembourg is such a syndicate.

In 1994, sixteen communities in south-west Luxembourg started cooperating so that they could regulate their waste disposal themselves, and more especially together. The idea, which started off as a single project for separate collection and composting of organic and garden waste, turned into a successful communal business model. Three years later, in 1997, the participating communities introduced the organic waste bin, and the same year the syndicate constructed a composting works on the "Um Monkeler" industrial estate in Esch-Uelzecht. This facility, with its annual capacity of 20,000 t of organic wastes, is the largest of its type in the whole Duchy of Luxembourg. The 18 employees produce between 6000 and 7000 t of quality compost every year using the deliveries. The composting works consists of an encapsulated rotting hall, two collection halls containing the initial coarse preparation of the organic wastes, final processing of the compost, an air-cleaning bio filter, a workshop, a compost storage hall with sales in addition to an administration building with a weighbridge, laboratory and greenhouse.

"The facility belongs to the Minett-Kompost syndicate" says coordinator Jerry Clement. Mr Clement, who is 41, is directly employed by the syndicate which is equivalent to a public company. However, operations manager François Delion works for the operating company Sovacom. The most important decision-making body is the so-called committee with 28 members from the 21 communities which now belong to the syndicate. These communities now have 200,000 inhabitants, which is around the same as the Minden-Lübbecke district. IGLux Consulting Engineers provide support to the syndicate.

The (BA) 725 D biomass processor, delivered in May 2014, replaces a machine which was around 15 years old and also made by JENZ. The BA 725 D is only operated on the composting facility premises. "Up to now, we are completely happy with all aspects of the new JENZ machine" said Mr Clement, praising the fact that the shredder has been working for such a long time without any appreciable problems whatsoever. It is also obvious that technical advances have been made over the past 15 years, and it is impossible to compare the new machine with the old one.

Currently, the BA 725 D is only responsible for composting branch waste and garden cuttings for Minett-Kompost. However, this could soon change. "We are going to attempt to produce woodchippings as well in the future" said the Minett manager. He obviously doesn't want to reveal too much because the new project is still at the planning stage. It is possible that a wood-fired power station could be built and operated in cooperation with one of the communities in addition to woodchipping production. The people in Luxembourg won't have to reinvent the wheel to produce woodchippings using a shredder. "We were in Stuttgart and took a look at how the colleagues in the city nursery and the compost operation produced woodchippings from garden waste" said Jerry Clement. The city of Stuttgart operates four wood-fired combustion plants and, on top of this, the city sells woodchippings from green waste to the surrounding cogeneration plants. The latter, however, will probably not be an option for Luxembourg. "Some of the communities have wood-fired heating in schools, but woodchippings are fed in using a screw conveyor. Our material would only be suitable for that after specific preparation" explained Mr Clement. Green waste woodchippings are best fed into the heating installation using a sliding floor or a conveyor belt. This is the reason why they are considering constructing their own wood-fired power station as a logical consequence of the initial idea of producing woodchippings from green waste.