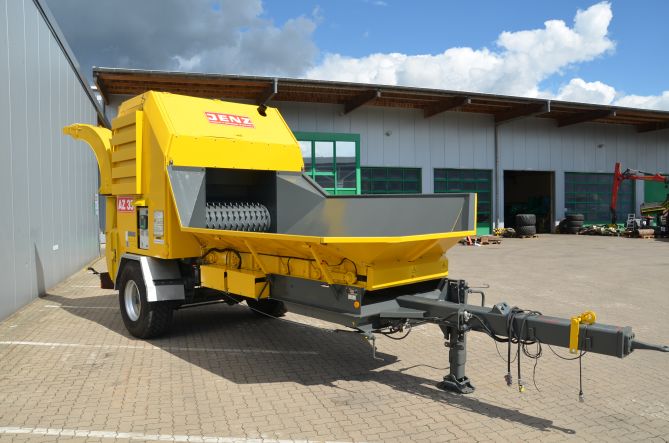 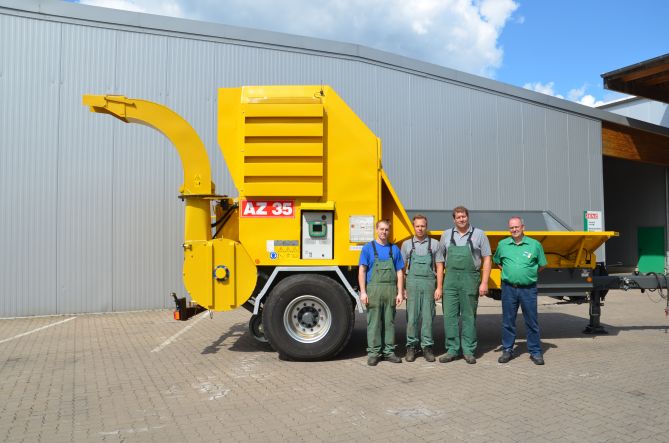 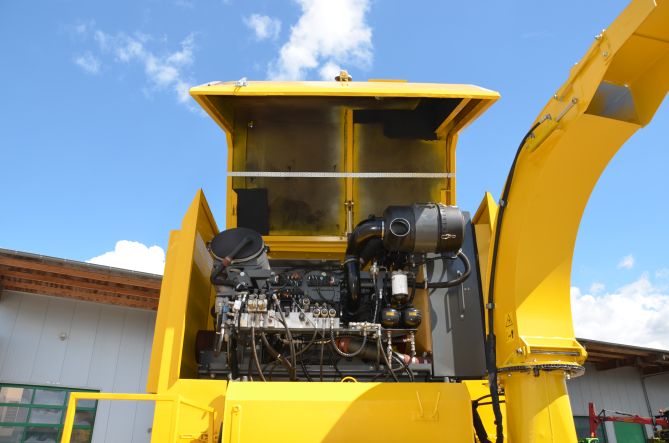 Petershagen-Wegholm. The old saying says “you always meet twice in a lifetime”. The fact that this piece of wisdom can also apply to the relationship between man and machine is, however quite new. Wolfgang Benditte experienced this very thing when the 53-year-old JENZ service manager was given the task of rebuilding the AZ 35 waste fragmentising belonging to Roider GmbH to make it practically new.

“I assume that I was actually involved in producing the machine myself in one way or another” says Mr Benditte with slightly romantic hindsight. When Roider bought the AZ 35 in 1997, Wolfgang Benditte was in his 3rd year with JENZ in the production department.

Roider GmbH is one of JENZ’s longstanding customers, and is located in Lupburg, Bavaria. As a private contractor in the landscape conservation field, the company has made a very good name for itself in its region. The special thing about the Roiders company is that it possesses an AZ 35 which is approved for use on railways. There aren’t many machines of this type in Germany, Wolfgang Benditte can only remember five JENZ machines which were fitted out in this way. The important feature of this type of shredder is the dual-purposechassis which can be used both on the road and the railway. The machine is pulled by a Unimog which is also fitted with a dual-purpose chassis. The second JENZ machine with rail certifi cation which Roider has in its vehicle fleet is an AZ 30 which the JENZ fitters put a more powerful, electronically controlled motor into a few years ago. “Normally we don’t fit that sort of motor at all” said Mr Benditte. However, JENZ makes unusual things possible now and then for unusual customers. None of those involved could imagine that it would become even more special a while after its motor conversion. Originally, Roider enquired about a new conveyor belt with towing bar as spare parts for its AZ 35. And then, just at the moment that Wolfgang Benditte was doing the calculations, the AZ 35 had a motor breakdown. Just a coincidence – at this time, JENZ had just bought back a brand-new accident-damaged machine at a scrap price: An AZ 460 (the successor to the AZ 35) fell off the crane in South Africa while being unloaded from the ship and crashed onto the wharf. Since the damage was covered by insurance people didn’t get too annoyed, but now JENZ had a brand-new AZ 460 standing around which wasn’t worth repairing. “Actually, we wanted to sell individual, functional assemblies. Then we had the idea of fi tting the motor cell complete with hydraulics, belt hopper and towbar to Roider’s defective machine” said Mr Benditte. According to this plan, only the old shredder cell and the upper draw-in equipment would have remained on Roider’s AZ 35. Roider transported the defective AZ 35 to Wegholm from Bavaria on an HGV.“ We took a look at both machines and agreed to rebuild everything that was technically possible” said Wolfgang Benditte. This sort of thing is easier said than done, because such an extensive machine rebuilding requires a lot of workmen’s understanding, knowledge and experience.

“But”, said Wolfgang Benditte, “that’s the way we did it”. The JENZ fitters spent around 500 working hours making a completely renewed machine out of an old AZ 35, the rest was completely rebuilt in a master craftsman’s performance by workshop manager Thomas Wolf in addition to Dennis Schwarze, Jury Löwen and Wolfgang Benditte. “I would also like to praise Arne Albert highly. He did thwelding work and the belt hopper design as well as the cladding with only verbal instructions and he did it perfectly!” enthused Wolfgang Benditte. The biggest hurdle was observing the weight balance. “That was a perfect landing” said the JENZ service manager. The reconstructed machine weighs exactly 10.5 t. After 11,136 operating hours, Roider GmbH now has a completely works-overhauled waste fragmentising which now has an upper draw-in roller instead of a drawin conveyor. The blower, which was retained, was always something special on the shredder. It enables the machine to outfeed the shredded goods in all directions

Wolfgang Benditte is proud of his team and the work they did even if the calculated number of hours wasn’t quite sufficient in the end. Roider, however, had enough technical knowledge that they showed understanding for the extra working hours. “If we had used new parts, the conversion would have been impossible to afford” pointed out Wolfgang Benditte, referring to the coincidently available damaged machine. “You really liven up with this sort of project. The interesting thing is how much has changed over the last 16 years in terms of technology. As probably the longest-serving employee, I also thought it was good that our younger colleagues came up to me because they had a question or two about the technology which they didn’t know themselves” is how Mr Benditte summed up the project. Of course, Mr Benditte just had to go down and watch the old, new AZ 35 working in Bavaria. His conclusion: “The machine is working just the way we expected it to”.

There was only one disadvantage for Roider: some of the spare parts which might be required for their AZ 35 in the future will also be hand-made individual parts.