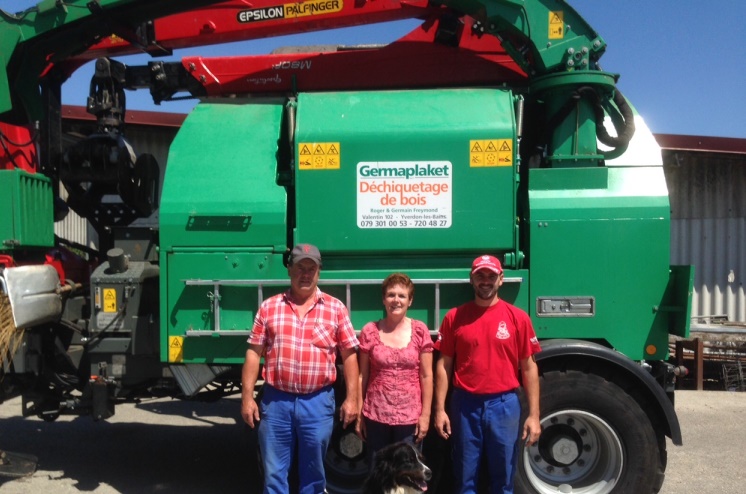 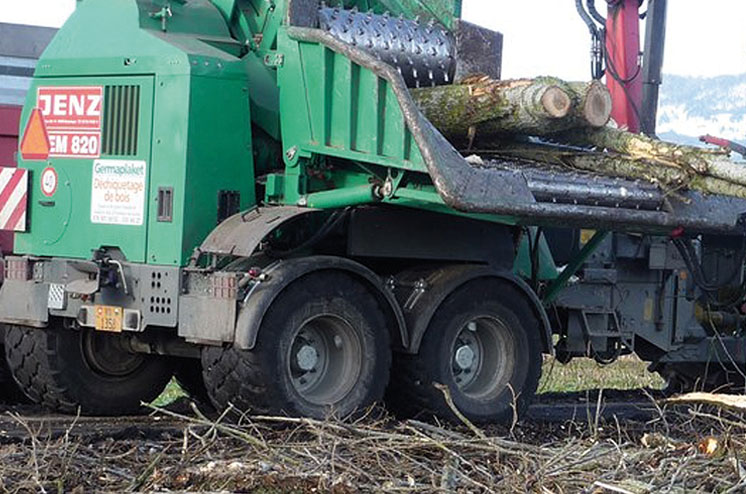 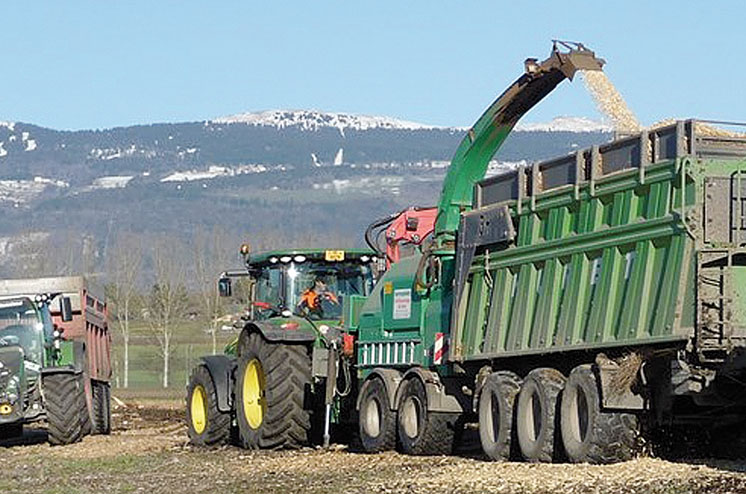 Roger, Germain and Linette Freymond set up a second mainstay 10 years ago with "Germaplaket"

Yverdon-les-Bains. The district of Waadtländer Nordjura in the French-speaking area of Switzerland is where Roger Freymond's family lives. The 59-year-old father (left) manages the "Germaplaket" company together with his son Germain (29, right) in the district capital of Yverdon-les-Bains . His wife Linette (centre) and a permanently employed worker complete the company, which specialises in the production, storage and sales of woodchippings.

Yverdon-les-Bains is located on a flood plain at the south-western end of Lake Neuenburg. It's only 40 km away from Lausanne, capital of Waadt canton. Yverdon has 30,000 residents and is well-known for its castle, in which the school reformer Johann Heinrich Pestalozzi taught from 1805 two 1825. The Freymond family certainly isn't as well known as Pestalozzi, but they do share a love of farming with the Swiss educator. Pestalozzi stopped his studies in Zürich, and trained as a farmer between 1767 and 1768. However, Pestalozzi didn't enjoy the same success as a farmer that Roger Freymond has done.

In the history of the Freymond family, the term "family business" plays a large role. Roger Freymond's grandfather Louis Freymond set the farming operation up. His sons François and Michel pushed breeding of the so-called "Simmentaler Fleckviehs", a special domestic cow breed, and continued expanding cultivation of sugar and fodder beet, potatoes and maize. Roger Freymond is one of François Freymond's three sons. In between times he gave up dairy production, and the certified farming company continues to produce potatoes, beet, wheat, barley and forage crops on around 70 hectares of land.

In 2005, Roger Freymond and his son Germain founded the "Germaplaket" company. The name has been artificially put together. The company name is composed of the name Germain and the French term for woodchippings, "plaquettes". However, the origins of the company can be traced back to 1998 as the oil prices increased dramatically. At this time, the ecological understanding of the average Swiss person changed as well: the number of woodfired heating units increased and the demand for woodchippings also rose. The Freymonds initially produced for their own use, and at the time were able to replace around 12,000 l of heating oil by the use of woodchippings. "By 2012, we had already produced enough woodchippings to replace an equivalent quantity of 4 million litres of heating oil", said Roger Freymond proudly. To produce his woodchippings, he and his son Germain relied on technology produced by JENZ. In the meantime they now own their third power takeoff shaft-driven mobile chipper with a HEM 820 Z. "JENZ builds very good machines, and we are also happy with the HEM 820 Z", said Roger Freymond who, however, would like to have the hydraulic blower which is now available in order to make his outfeed speeds more variable. Every so often he considers that the fines content is too high. "That is complaining at a high level, though" he said.

Germaplaket is a full-service company which promises its customers that they will always be supplied with the correct quantity of woodchippings at the right time. They have even thought up their own structure for filling the bunker. A semitrailer with pushing technology pushes the woodchippings out of its tailgate. From there they fall onto a transverse conveyor belt which transports the woodchippings into the shallow bunker. Of course, Germaplaket is also capable of transporting woodchippings into the storage area using a hose system. In order to show how far the company has developed over the previous 10 years, Roger Freymond's family invited suppliers, partners and neighbours to an open day in August, and 150 people turned up.