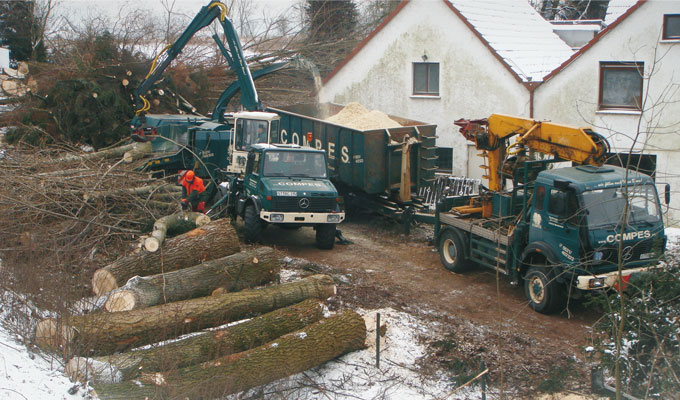 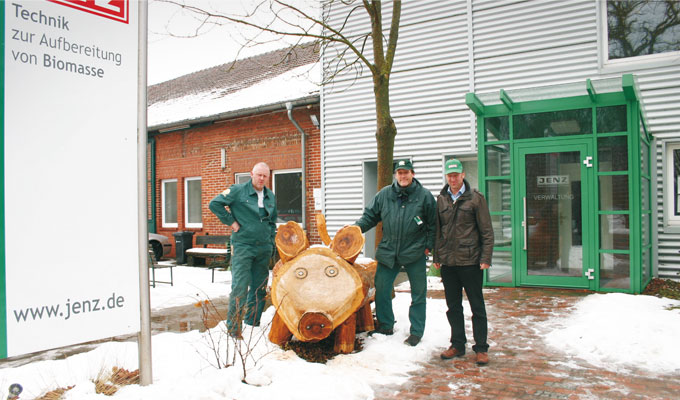 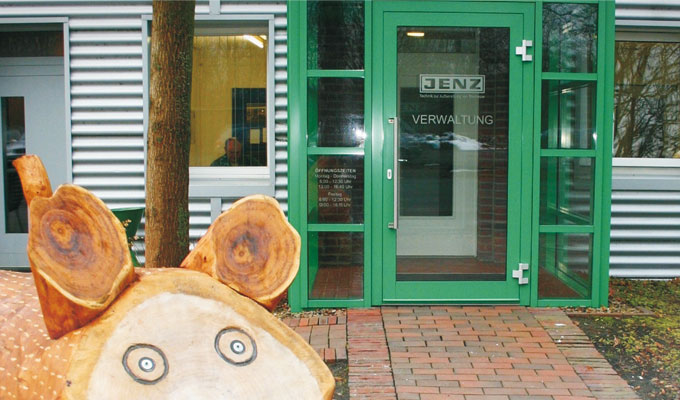 Steinfurt/Bielefeld. Robert Compes had his key experience in the early 80s. "Once I went into the woods with a friend to get some firewood. I enjoyed it so much that I said to myself ‘That's what I want to do to earn a living’. My friend and I went self-employed after that" said the trained machine fitter, who taught himself forestry "on the job". The company is located in Steinfurt, has a branch office in Bielefeld, and made a great start after its founding in 1981.

In the first few years Robert Compes and his team earned their money with standard forestry services. They felled trees, cleared up, re-forested woods and built game fences. It didn't take long until the first non-forestry orders came their way. "I had just felled two pine trees on a forestry owner's private land. As we went to settle up and then he asked me if I would be happy with 500 marks. That was the moment when I started to treat the idea seriously" said Mr. Compes with a grin as he remembered the moment. The company grew over the next two years, and Robert Compes started to rely on the removal of dangerous trees and tree care in city areas as a second source of income. Thanks to the training of his personnel, the setting up of a modern machinery fleet with its own telescopic crane and hydraulic platform, and further training for ZTV tree care and SKT rope climbing techniques, he now considers his creation a specialist company which will soon be celebrating 30 years of existence with its five highly-qualified employees in 2000.

Robert Compes took the decision to buy machines from JENZ GmbH very early on. Mr. Compes , who was born in 1956, can't really remember how the contact started. "I think I got to know JENZ at a trade fair. The first machine was an AZ 30“, said Mr. Compes. Later on, Mr. Compes replaced the AZ 30 with an AZ 35. In the middle of 2009, JENZ salesman Bernd Ruhe supplied the forestry contractor with a good used HEM 560 DQ. His employees use this to chip any branches which come to hand when Compes clears building areas, keeps roadside greenery under control or fells trees in the inner cities. "We produce woodchippings with the HEM 561 DQ which we then resell to heat and power plants or private customers" says Mr. Compes. The market for woodchippings has simply exploded. For five years ago he was simply throwing his output away, later on he gave it to horse owners and now he is earning money with it.
"The HEM 560 DQ is the best machine that JENZ built from our point of view. We really don't want a PTO-driven machine“, says Mr. Compes. The HEM 560 DQ has its own 460 hp motor. The mobile chipper is transported to its work location by one of the Unimogs, the forest tractor or a lorry. Each of these vehicles is fitted with a wood loading crane. Holger Böhne, who has been at the company for 12 years, followed the purchase closely. "JENZ builds super, heavy-duty machines" says Holger Böhne, who comes from Bünde. He is now the person who operates and maintains the machine. "You have to work with the machine, not against it. You need a sure instinct. It's much better to let the HEM work continuously for an hour than try to push huge amounts through it no matter what“, says Mr. Böhne.

Robert Compes is a businessman who places great value on quality. He has had extremely good experience with JENZ machines. Actually, he goes a stage further. "The machines are high quality, well thought-out, and JENZ is continuously developing its products. On top of that, their service is unbeatable" says Mr. Compes in approval.

The grateful forestry worker has donated a huge, self-carved wooden pig to JENZ as a visible sign of his appreciation. The sculpture was made by Manfred Haase, a 70-year-old pensioner, who has worked for Robert Compes since the company was founded and still does. This large wooden pig now greets visitors at the entrance to the JENZ headquarters in Petershagen-Wegholm.