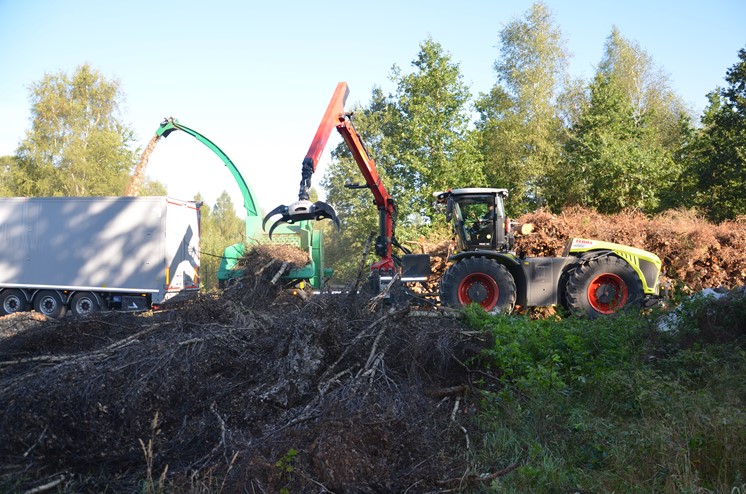 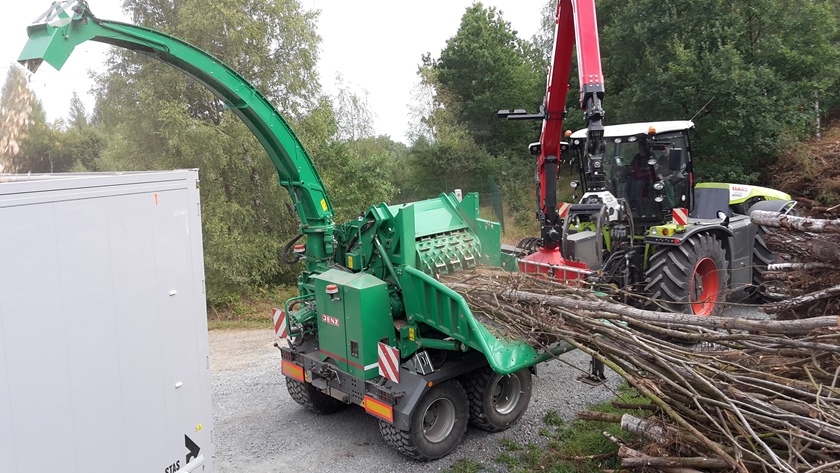 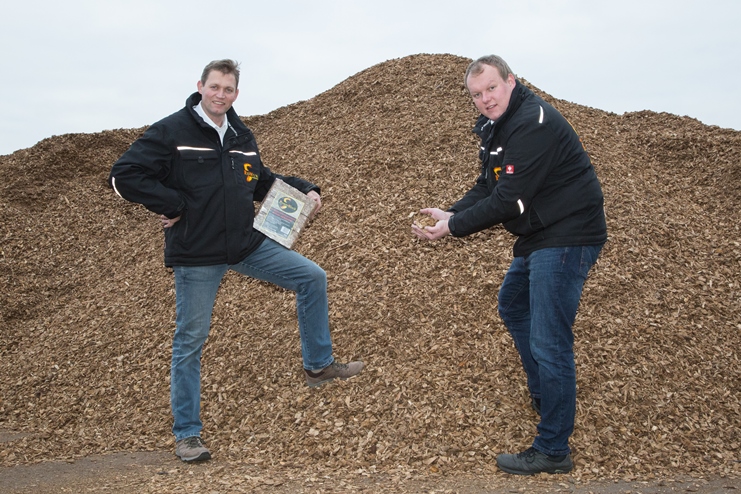 Patrick Windhorst from RoWin GmbH is so convinced about the quality of JENZ machines that he ordered two power takeoff shaft machines at once.

Wehrbleck (jkr). Patrick Windhorst (34) and Andreas Rohlfs (43) started off with five employees, and by now it's 30. RoWin GmbH, which was founded in 2013, runs a successful core business producing and refining high quality woodchippings, as the general managers underlined. Some of the byproducts include hardwood chipping briquettes, so-called "PowerBlocks".

The headquarters is at the depot in Wehrbleck, which consists of a couple of farmsteads between Sulingen and Diepholz, through which the B 214 runs. There is a second operating location in Wagenfeld. Patrick Windhorst is a trained mechanic, Andreas Rohlfs has agricultural training. Both were already working in the bio-energy sector as they met each other in 2010. Three years later they took the step into self-employment. With considerable success, as the figures show: the two businessmen produce and sell around 110,000 m³ of premium woodchippings and woodchipping briquettes every year. During this, RoWin GmbH produces everything itself: from the harvest at the Lower Saxony State Forestry operations through woodchipping production, drying, screening, pressing, packing, delivery. By now, the two partners also own a haulage company with 15 lorries. Their customers are "colourfully mixed" as Patrick Windhorst put it. "From small to medium segment heating installations in local authorities, public utility companies up to the small farmer - we have a bit of everything."

Last year, Andreas Rohlfs and Patrick Windhorst ordered two power takeoff-driven chippers with the new H1 chipper drum at the same time in order to safeguard their production of high-quality woodchippings. "Bernd Ruhe persuaded us to let him demonstrate a HEM 821 Z", said Patrick Windhorst with a smile, and continued: "We kept hold of the demonstration machine right away and then ordered an HEM 583Z on top." The demonstration machine was, by the way, the first of its type with the new enclosed H1 chipper drum sold by JENZ in Germany. In addition to the two new mobile chippers, RoWin also has a JENZ HEM 581 DL with a Helix rotor in operation. "My opinion is that there's nothing better on the market at the moment" said Patrick Windhorst, who thinks the JENZ machines should be awarded "very good" as a mark "except for a few minor incidents". "The manufacturing quality is at a very, very high standard. There are almost no rogue results with the G100 woodchippings using the H1 drum. On top of this, there's the flexibility provided by the pre-gripping wedges" said Mr Windhorst before continuing. "The entire ordering process was very well organised and the machine was delivered right on time."

The new H1 chipper drum was also positively reviewed by the specialist press. According to "Forst & Technik" magazine: "The H1 chipping drum even produces good woodchippings from very thin material, for example light cuttings, irrespective of whether they are intended to be G30, G50 or G100 chips. Even huge old birch trees are cleanly cut with sharp edges. That can't be taken for granted for all chippers even when you've got new blades. The chips are precisely and cleanly cut, and they are not broken or ripped. The fines content has been minimised by a lot of detailed improvements."

In order to press the "PowerBlocks", which are made of beech and oak wood and measure 25 cm in length and have a cross-section of 9 x 9 cm, the two businessmen needed woodchippings at Ecological Standard G 30. This task is carried out by the new HEM 583 Z, because this is the only machine for which Patrick Windhorst and Andreas Rohlfs hhave a suitable screen basket. At RoWin the HEM 821 Z is towed by a Claas Xerion Trac 3800 with 253 kW (345 hp) and the HEM 583 Z is towed by a Fendt 936 with 265 kW (360 hp).