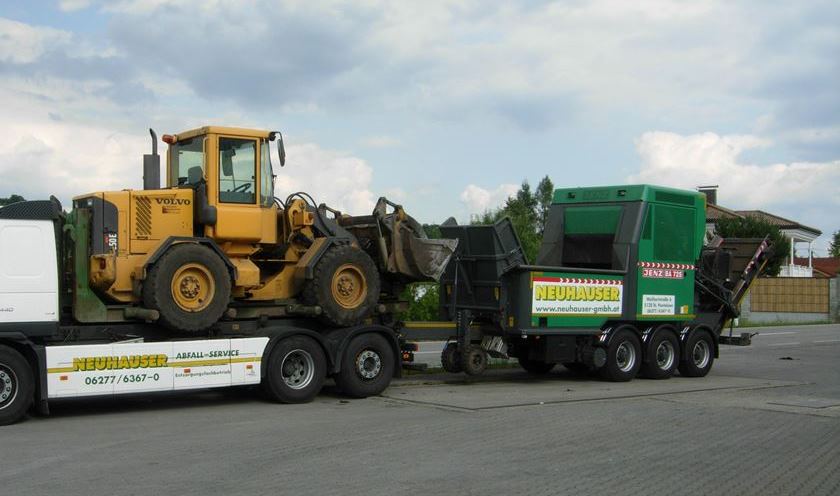 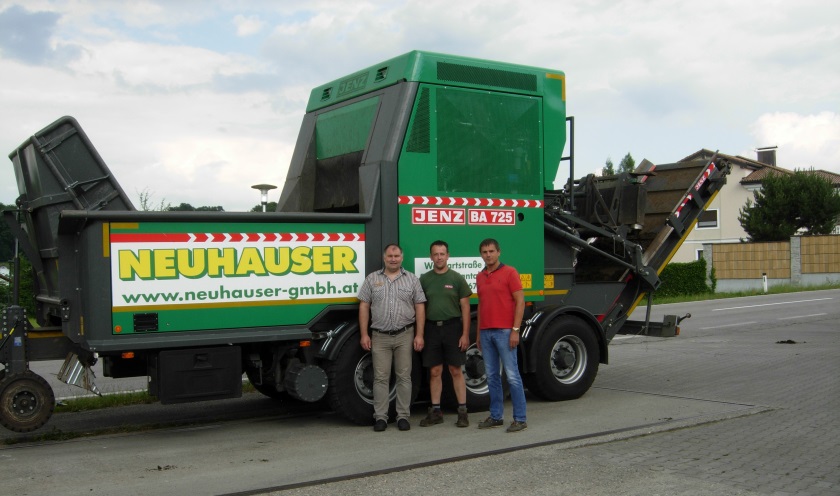 Huge task for a huge shredder

St. Pantaleon, Austria. With its 255 km of length, the Salzach is the longest tributary of the River Inn in Austria and Germany. As one of the largest Alpine rivers, it drains the eastern High Tauern mountains northwards. The river has its source in the Kitzbühler Alps to the west of Salzburg and joins the River Inn coming from the west in the Überackern basin.

The Salzach forms the boundary between Austria and Germany along a length of 59 km. This is also the case in St. Pantaleon, a parish with around 3000 residents in the Braunau district of Upper Austria on the Inn. One of these residents is Manfred Neuhauser. In this idyllic village the 47-year-old runs a specialist recycling company which has been certified in Austria and Germany since 2002. The central focus of his business is treatment of wastes rich in plastics to make alternative fuels for the cement industry. The Neuhauser GmbH produces around 35,000 t of these alternative fuels every year.

Manfred Neuhauser also offers a lot more, and that is due to the boundary river. As an Alpine river, the Salzach has to deal with huge quantities of water during unfavourable weather and long-lasting rain. In the time between June and September, this regularly leads to flooding. In figures: On 12th August 2002 the average flow rate in the Salzach in the city area of Salzburg Salzburg was 2300 m3 per second. During these flooding phases the Salzach carries a lot of driftwood which Manfred Neuhauser fishes out of the Salzach and the Inn, processes it and then sells most of it to the Timelkam power station for fuel. There are a lot of sawmills along the Salzach whose wood is simply washed away during floods.

Neuhauser can remember that one year with a lot of flooding he processed around 90,000 m3 of driftwood. This sometimes includes extremely large trunks. "I need a robust, mobile shredder for this task - one which doesn't just give up the ghost in three years" said the businessman, which was the reason he decided to buy a triple-axle JENZ biomass processor, the BA 725. "It is a very flexible machine which is suitable both for processing driftwood and also shredding conventional garden cuttings. We are extremely happy with the whole workmanship and operation" says Mr Neuhauser. The BA 725 is the second machine from JENZ. Its predecessor also provided excellent service to Mr Neuhauser. "When it floods, the Salzach doesn't just carry a lot of driftwood. Root wood and all sorts of other waste is there as well. We have never had to change a rotor just because of impurities, which says an awful lot about the quality of JENZ machines" says Mr. Neuhauser. The Austrian businessman operated the predecessor to his new BA 725 for six years. Before JENZ delivered the new machine to Austria, the company presented the BA 725 at the world's leading trade fair for water, waste water, waste and raw material commodities, the IFAT, in Munich in May 2014. The JENZ BA 725 is also used for contract chipping at several composting plants in addition to the processing of driftwood.

Manfred Neuhauser started in the company in 1989, and before that he worked for an energy supplier. His father had founded the company in 1949 as a regional waste disposal set up, and also operated a farm. 25 years ago the trained fitter, who also further educated himself with a correspondence course as a waste disposal and environmental specialist, joined the company. Manfred Neuhauser extended the company little by little, and now employs 36 staff. The core area is the West of Upper Austria, the district of Braunau and the city of Salzburg. Further business segments are old paper collection, transport, problem material collection, container services and the operation of a takeover location for paper and plastic packaging.

Mr Neuhauser was born in Ostermiething, a neighbouring village of St. Pantaleon, in 1966 and lives right opposite the company premises. "I haven't moved very far" jokes the Austrian, who only has to cross the road to reach his place of work. The company offspring is already in the starting blocks. His 27-year-old daughter studied pharmaceutical biotechnology, is working in the company, and is currently studying resource management in parallel. His 19-year-old daughter will be studying Economics in Vienna after she has taken her A-levels, and has also shown interest in the work.