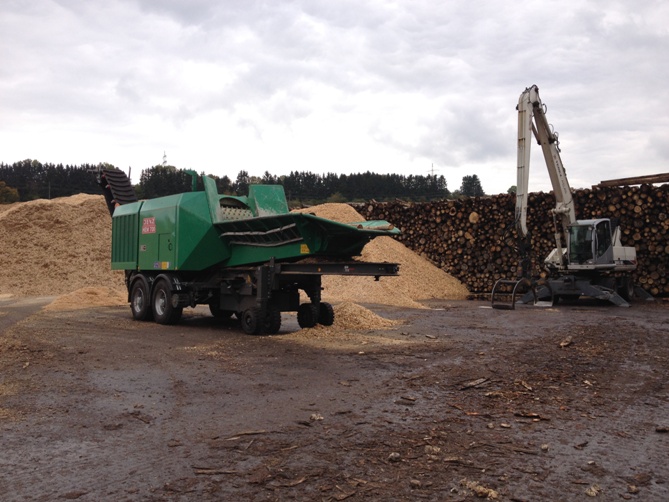 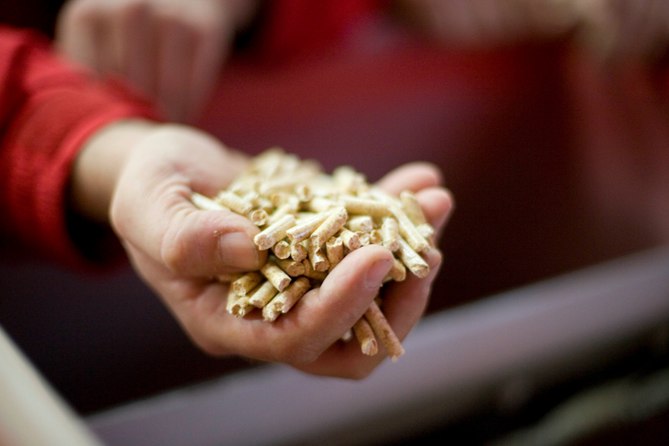 “Once I looked over the rim of the plate”

Wismar/Herbrechtingen. German Pellets GmbH is one of the largest producers and dealers of wood pellets in the world. The German company was founded in Wismar in 2005, and produces wood pellets and livestock bedding products at 19 locations in Germany, Austria and the USA. In this case one really can say that German Pellets are one of the so-called “global players” in this market segment.

The group of companies also includes German Horse Pellets GmbH, German Pellets Wärme GmbH and German Pellets Genussrechte GmbH. As well as this, subsidiaries FireStixx Holz-Energie GmbH and the Austrian Hot’ts-/Glechner-Gruppe also belong to the German Pellets Group. In August 2013, the company started up its new works in the American state of Texas – annual capacity 578.000 tonnes. The fi rst wood pellets have now been shipped to Europe from the works in Woodville via the newly-erected warehouse and logistics location in Port Arthur (Texas). Construction of a further US works in Louisiana with an annual capacity of 1.1 million tonnes started at the beginning of the second half of the year.

German Pellets GmbH has a huge collection of machinery for wood pellet production and sales within Germany. They own more than 200 40-tonne HGVs in addition to cars and working machines such as wheeled loaders, diggers or forklifts. Despite its obvious size, the entire vehicle fl eet is managed by a small offi ce in north Germany. Highly modern communication equipment makes it possible for Daniel Diehl to keep an eye on the entire vehicle fl eet from his location. “I’m responsible for everything which has wheels on it”, says the 49-year-old with typical North German dry humour. However, Mr Diehl also make sure he is seen regularly at the various locations. He deals with the purchasing, fi nancing, technology and controlling of the entire German Pellets Group vehicle fl eet.

Lately, a JENZ HEM 700 DL semi-trailer mobile chipper has been included in his special machines. This allows German Pellets to produce woodchippings at the locations of Ettenheim and Herbrechtingen (both in Baden-Württemberg) which, in turn, are then converted to wood pellets.

Up to now, they only deployed a chipper made by another manufacturer. However, a machine fi re made it necessary for Mr Diehl to temporarily outsource woodchipping production to a private contractor. “We can’t stop production just because a machine breaks down. I telephoned around the whole of South Germany until my fi ngers were sore to fi nd a contractor who was able to produce woodchippings for us. This opportunity made me look over the rim of plate for once, and I asked the contractors what technology they were using and again and again the answer was JENZ” said the German Pellets vehicle manager. Mr Diehl, who has collected many years of experience in the logistics industry during spells in the army and in business, asked the technical manager to take a closer look at JENZ machines. A visit to the main works in Petershagen-Wegholm rounded off the information phase, and Mr Diehl ordered the HEM 700 DL as a new machine.

“The most important argument for the purchase was the availability of the JENZ machine as a semi-trailer” said Mr Diehl. This is because now and then the HEM 700 DL needs to be taken from its normal working location at Herbrechtingen to Ettenheim and back again. The route via Stuttgart and Karlsruhe is nearly 300 km, and the HEM 700 DL is licensed to drive up to 80 km/h. Another important purchasing reason, alongside the machine price and spare parts availability, was the vicinity of the JENZ service offi ce at Augsburg.

The HEM 700 DL has been in use at German Pellets since the middle of 2013. “According to our works management and the employees, the machine has got excellent marks up to now” says Mr Diehl. The chipping performance is outstanding, and the fact that it has its own movement drive is extremely advantageous because the machine can be manoeuvred by remote control without requiring a towing vehicle. Thanks to a conversion from blower to conveyor belt, German Pellets also saves energy costs.