COMPARE 0
You are here:Customers’ statements »
01.12.2016 | Screen basket and blade replacement at breakneck speed 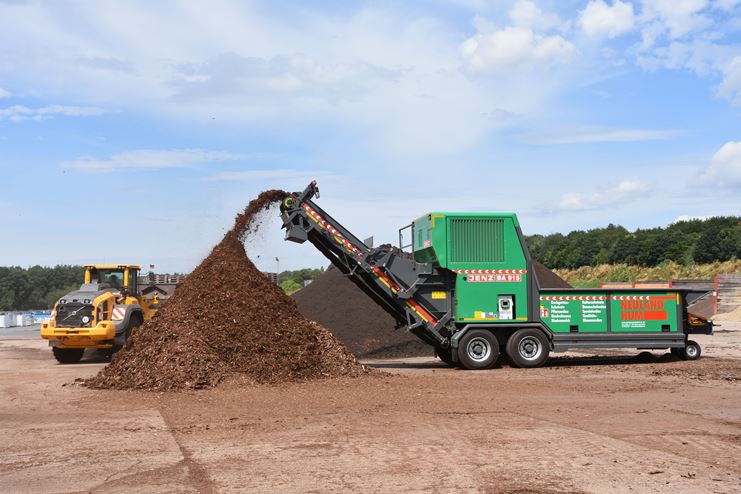 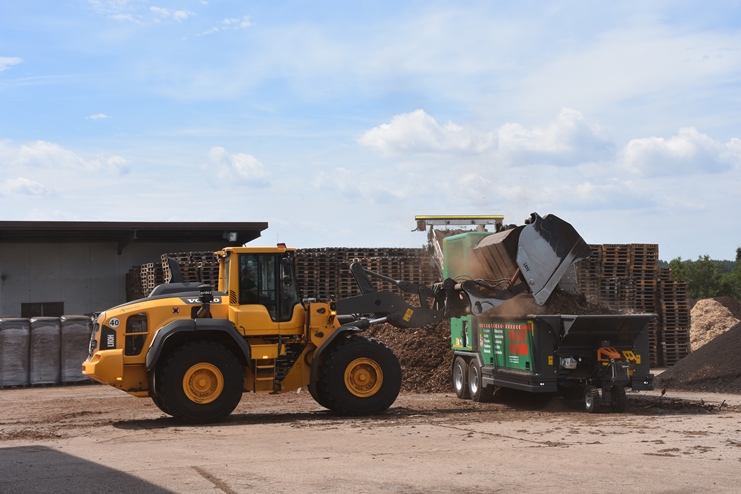 Wachenroth (jkr). JENZ presented its new BA 915 D biomass processor at the IFAT, the worldwide trade fair for the water, wastewater, waste and raw material industries in Munich (30th May to 3rd June 2016). The shredder was specifically developed to optimise processes during composting and treatment of substrates. The machine presented at the IFAT is now working for NEULAND HUM Erdenwerk Rommel GmbH & Co. KG.

The company with its headquarters in Wachenroth, located right next to the A3 between Würzburg and Nuremberg, has 15 employees. Jörg Rommel founded the company in 1991. "We live in a very forested area here. Everything started when people stopped looking at tree bark as a waste product and as a raw material instead" said Dr. Rüdiger Rexilius. The graduate agricultural engineer is responsible for product development and quality assurance at Erdenwerk Rommel. Production of bark mulch and bark humus, both of which are subject to RAL quality assurance, continue to be an important mainstay of the company. "Over the years, the product range has extended to cover soils and substrates as well, and has been shaped by the product name 'NEULAND-HUM', said the 59-year-old, who has been working for the company for 12 years now. Nowadays, the soil product range covers "discerning high-quality and proven culture substrates for all possible applications in commercial horticulture. An appealing sellable soils line rounds off the horticulture range."

In addition to bark mulch, numerous special substrates are manufactured for the horticulture sector, for example roof substrates, turf soil and tree substrates" said Mr Rexilius. Our major customers include tree nurseries and ornamental horticulture companies even outside Bavaria. NEULAND-HUM substrates are exported to Austria, Italy and Switzerland amongst other countries.

Both the performance capability and the quality of the output played an important role in the purchase of a new shredder. Nobody can make a better assessment of whether the BA 915 D fulfilled expectations than Oliver Lehmann. The 40-year-old operations manager has been working for the company for 8 years and drives the wheeled loader which is used to feed the new JENZ biomass processor. His conclusion is thoroughly positive after around five months. "Everything's fine. The throughput is unbeatable, and I'm specially pleased with the fact that you can change the blades and the screen basket alone. That can be done at breakneck speed" said the trained painter, who estimates a time of between 20 and 30 minutes for a blade or screen basket changeover. The new BA 915 D plies its trade exclusively on NEULAND HUM's works premises, mostly fragmentising bark and is not only fed but also manoeuvred by Oliver Lehmann and his wheeled loader. When carrying out maintenance, Mr Lehmann no longer has to stand on the conveyor belt to replace wear parts. The outfeed belt is now comfortably swivelled to the side at the press of a button to enable barrier-free access to the rotor. The low drop height from the belt hopper of only 2 m makes feeding easier for Oliver Lehmann and reduces the duration of the wheeled loader lifting operation, which is reflected in lower energy use and quicker loading cycles.

Originally, Mr Lehmann was given a demonstration with a BA 725 D and found it to be fine. However, Helmut Krammer from JENZ Sales South told him about the planned market launch of the BA 915 D. "We took a while to decide. However, when Mr Krammer told us that the trade fair machine had already been allocated to an assembly location we decided to buy the BA 915 D, and we're really pleased about that today" said Mr Lehmann.