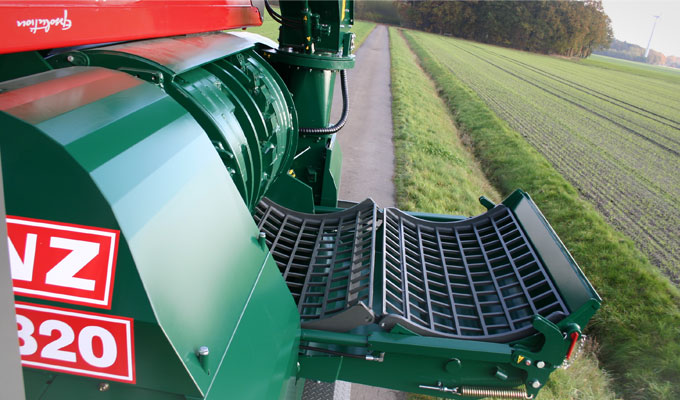 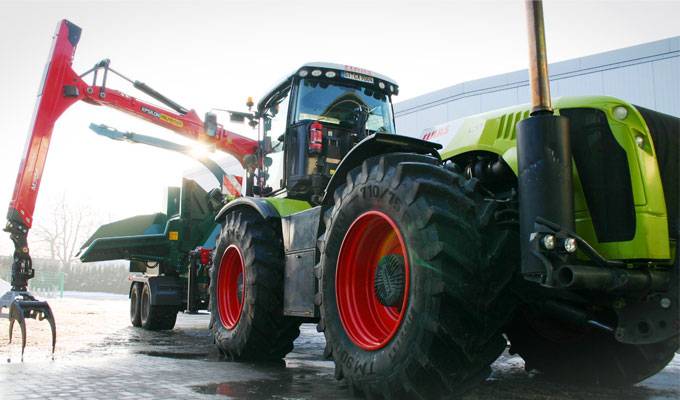 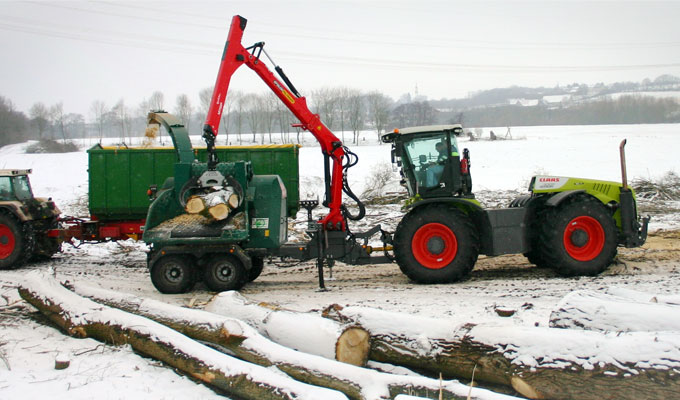 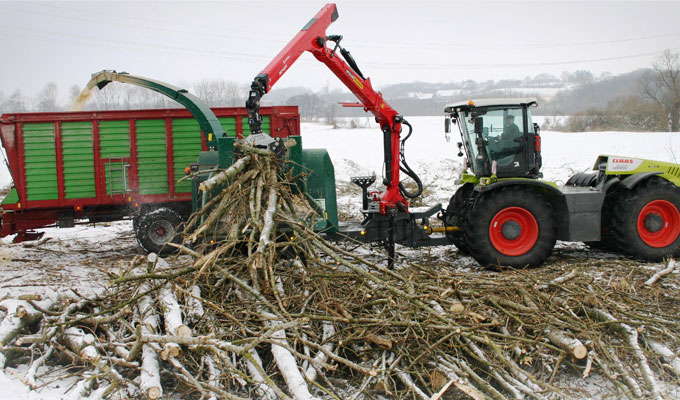 How JENZ customer Rainer Bergmeier participated in the development of the new HEM 820 Z
Pr. Oldendorf. The rig is huge. When the Claas Xerion 5000, with its more than 500 hp, and the HEM 820 Z, which is currently the world's biggest PTO shaft driven mobile chipper made by JENZ, are underway then most people rub their eyes in disbelief. The tractor and mobile chipper have their home in Preußisch Oldendorf (Minden-Lübbecke district) on a farm belonging to contractor Rainer Bergmeier. Rainer Bergmeier borrowed the huge Claas Xerion for test purposes, the mobile chipper belongs to him. "I wanted to see how well the new mobile chipper and the Claas tractor worked together" said Mr. Bergmeier. Mr. Bergmeier also owns at the "little brother" of the huge Claas, the Xerion 3800 with 380 PS.

Mr. Bergmeier, 43, has been participating in the development of the new JENZ mobile chipper right from the start. JENZ service mechanic Bernd Ruhe was always close by his side.  "We wanted to have a mobile chipper which could manage standing timber with a diameter of up to 1 m. Up to now you couldn't find one anywhere in the world" said Rainer Bergmeier. JENZ developed the new HEM 820 Z from the ground up and took their customers' requirements into account. These requirements include the large drum, or the facility for producing less zero proportions.

Rainer Bergmeier tested the JENZ machine from top to bottom and then helped the company with optimisation. As an example, the prototype originally had sharp corners in the draw-in. Now corners which could cause branches to get stuck have been removed. The suspension for a second basket still needs to be changed. "These are just minor things" says Mr. Bergmeier, who appreciates the enormous power provided by the HEM 820 Z more than anything. “The machine can produce up to 200 m³ of woodchippings within an hour. That really is incredible".

The huge power transmission to the power takeoff shaft is a technical challenge. "That works really well" says Mr. Bergmeier. "The huge drum has a lot of weight and therefore a lot of centrifugal mass. What you really want to avoid is the drum stopping suddenly if a big tree trunk goes in".  The company owner has been running a private contracting company on his parents’ farm for around 20 years and currently has three employees. "I don't really get on with animals“, says Mr. Bergmeier. But he does get on with technology.

The farmer turned his hand to contracting in the early days, and has been specialising in the production of biomasses for a few years. Rainer Bergmeier find his customers within a radius of nearly 200 km. For example, Rainer Bergmeier producers woodchippings for farmer Heinz-Josef Rodehuth, who operates Holzheizkraftwerk Oerlinghausen GmbH together with the Oerlinghausen public utility companies. On top of this, the trained farmer has a woodchipping bunker with a capacity of more than 10,000 m³. The basic material is provided by his customers or it is obtained when his employees remove roadside greenery, for example.

"We used to just blow the chippings down the embankments. What a waste, especially if you consider that a cubic metre of good woodchippings can replace around 96 litres of heating oil" says Mr. Bergmeier. Other areas of work are building land clearance, or maize fragmentising for bio power plants. Rainer Bergmeier seems to be a friend of alternative energy anyway.

"My core business is the production of biomasses" he says. As well as this, the innovative farmer operates a wind turbine and produces solar power. He is also planning his own biogas plant.