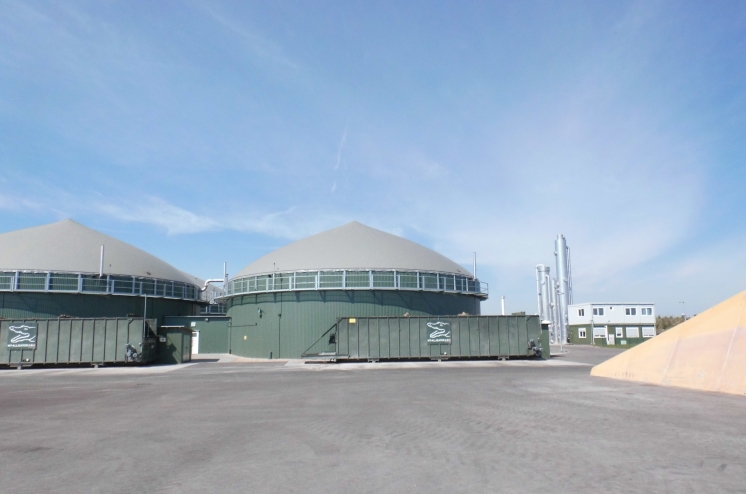 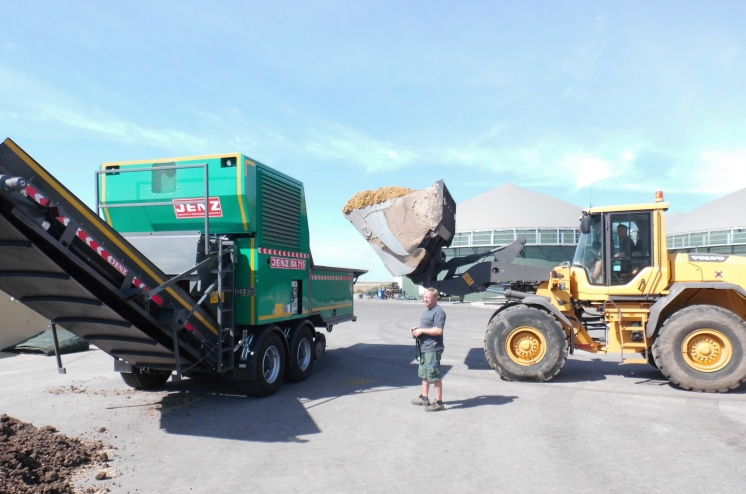 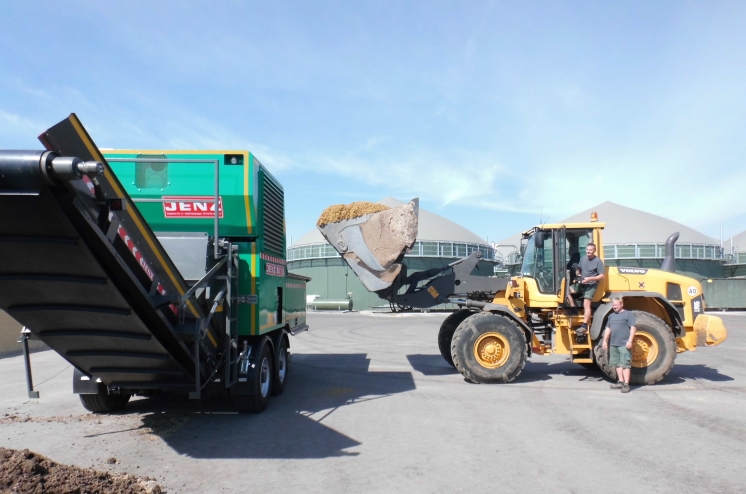 The lucky number is 15

In Saxony-Anhalt, farmers have shares in their own biogas facility

Brumby/Nordgermersleben. It is six years since a few farmers in the "Hohen Börde", a community in the rural district of Börde in Saxony-Anhalt, got together to inform themselves about the consequences of the low market price for grain for the first time. A sum of 15 million euros was the result, which 15 farmers from a radius of 15 km invested in a biogas facility. "That was a long and stony road" said Andreas von Graeve, one of the two general managers of the "DEL Biogas GmbH & Co. KG" operating company, founded in 2010, and which is based in Nordgermersleben.

The biogas facility itself is located in the district of Brumby, about 3 km from the administration office which is not far from the A2 autobahn at the Eilsleben junction (between Helmstedt and Magdeburg). Only two years passed between the first idea and the first groundbreaking ceremony (2011). The farmers are involved in 50% of the company as limited partners. The other half of DEL Biogas belongs to DBE, a sales and project development company from Hesse. DEL Biogas general manager Andreas von Graeve is a farmer himself. He and the other participating farmers supply the biogas facility with "input". Long-term supply agreements are intended to secure stable sales at fixed prices. Since the farmers themselves are concerned with the welfare of their own land, they reject criticism of monoculture landscapes. "We have committed ourselves to a healthy crop rotation system on the fields" promised Mr von Graeve. The 15 farmers only use 15% of their total area for the production of raw materials, which includes maize, sugar beet and whole crop silage. The number "15" seems to be something of a lucky number for DEL Biogas. "Pure coincidence" is the statement.

The facility was completed in the middle of 2013. Even Hermann Onko Aeikens (CDU), Saxony-Anhalt's Minister of Agriculture and Environment, was there for the inauguration. According to information provided by the "Volksstimme" newspaper, he praised the "50-50" participation model between the producing farmers and the development company as a "congenial project on an equal footing". "In other places, the farmers only supply the raw materials and are not affected by the success of the biogas facilities. It's a good solution here. And the district of Hohe Börde, which is well-known for its innovative ideas, will also be glad of the tax input" is how the "Volksstimme" quotes Mr Aeikens. Since then, the biogas facility has been producing "green heat" for 1200 households and "green power" for around 6000 households in the region.

In order to optimally prepare the input material such as sugar beet for the fermentation process, DEL Biogas GmbH & Co. KG uses JENZ technology. The BA 715 D biomass processor is given extremely good marks by Deputy Operational Manager Heiko Kryzanski after nearly 250 deployment hours over five months. "Up to now, the machine has run without any problems at all" said the 47-year-old trained car mechanic. In addition to pure sugar beet, which can be harvested from September onwards and is initially stored at the field edges, Heiko Kryzanski and his colleague Carsten Pitschmann feed the BA 715 D with a beet/straw mixture. From the beginning of December to the middle of February, a silo stores square bales of straw underneath layers of sugar beet. This combination is covered with sheeting and then transported into the JENZ shredder, which makes a type of paste out of it, by a wheeled loader after the two-month resting period. This paste is then fed into the biogas facility. "Liquid feeding" is what Heiko Kryzanski calls the technology. Both the straw and the sugar beet is supplied by the farmers participating in the biogas facility.