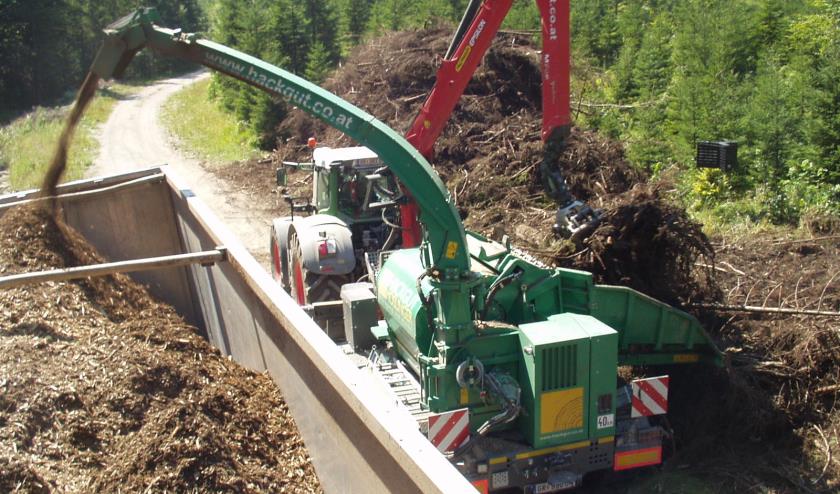 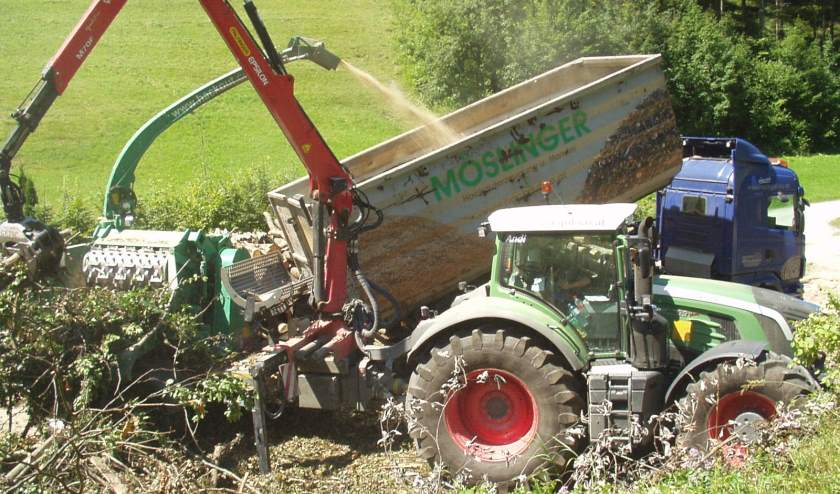 The Möslingers are moving forward

Gaspoltshofen/Austria. Philipp Möslinger is a person who knows his market precisely, has excellent networks and makes courageous decisions. The trained carpenter made one of these decisions in 2004 as he went self-employed at the age of 23. He didn't remain a carpenter, but changed to become a producer and trader of woodchippings.

Together with his wife Andrea, the likeable Austrian has built up a good existence which also includes the two daughters Leonie (8) and Antonia (5). The family lives and works in Gaspoltshofen, a market town of around 3500 residents in Upper Austria - to be precise in Hausruckviertel, around 100 km north-east of Salzburg. The works premises is around 200 m away from the house on the former farmland owned by Andrea Möslinger. "I myself did not grow up on a farm operation, but I was always interested in farming as a child" said the 34-year-old businessman. The Möslinger's customers come from the whole of Austria and from nearby Bavaria. Wood-fired power stations and a lot of private households are supplied by Philipp Möslinger. Chippings production, also as a subcontractor, woodchipping trade, woodchipping drying and the associated logistics are his core business. Nowadays, Andrea and Philipp Möslinger have 11 employees.The vehicle fleet is remarkable. Several lorries and trailers are included, in addition to tractors and mobile chippers. Their own sliding floor trailer is completely new. In addition to this office buildings, a workshop, in-house power generation and a wood drying unit are being built on the works promises. Everything is intended to be in operation in 2016. In other words, the Möslingers are moving forward. The new JENZ HEM 593 Z mobile chipper has already started operation. "That is the machine from JENZ that we like best. Fantastic revisions, extremely efficient. On top of that, working with such a wide draw-in is much more relaxing for the driver" praised Philipp Möslinger. After around 740 operating hours, his conclusion is that he has noticed a throughput increase of around 20 % comparison with the HEM 582 Z. He is particularly happy about his decision to purchase a hydraulic blower. "The investment costs are very high, and we took a long time to decide whether we needed it or not. However, the experience we have made up to now has shown that the decision was the right one" said Philipp Möslinger. The HEM 593 Z is towed and driven by a Fendt 939 with 400 hp. The two are always kept together and we drive them through our Austrian woods" said the trained carpenter, smiling.

It is not the first JENZ machine which Philipp Möslinger has. The then young businessmen decided to buy technology from Germany as early as his founding year. "JENZ machines are very robust and built very compactly. The compact setup was also a reason why I decided to buy JENZ in 2004 as well" explained Mr Möslinger before he added "Coarse woodchippings were of interest even then, and far advanced at JENZ." The first mobile chipper in Mr Möslinger's inventory was an HEM 420 DQ. It was not to be the only one, six further machines followed.

Philipp Möslinger also awards good marks to service and sales. The cooperation with Norbert Goldnagl fromJENZ Österreich GmbH was particularly good. "He's an absolute specialist" said Mr Möslinger. However, he has some requests. "I've noticed that JENZ no longer reacts as quickly to suggestions. I really hope that JENZ can find the way back to its old strengths in this respect."