COMPARE 0
You are here:Customers’ statements »
01.06.2012 | There's never been anything like this before 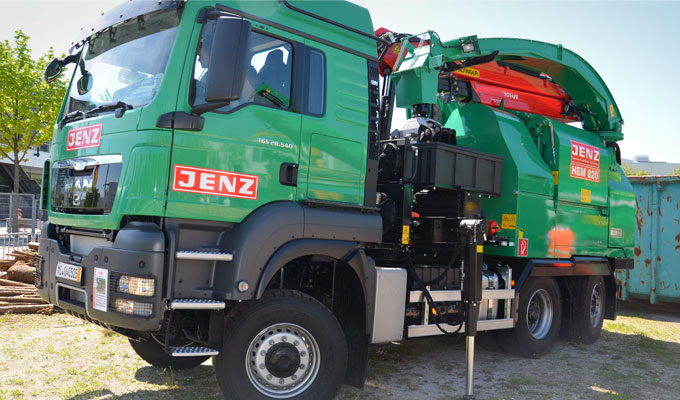 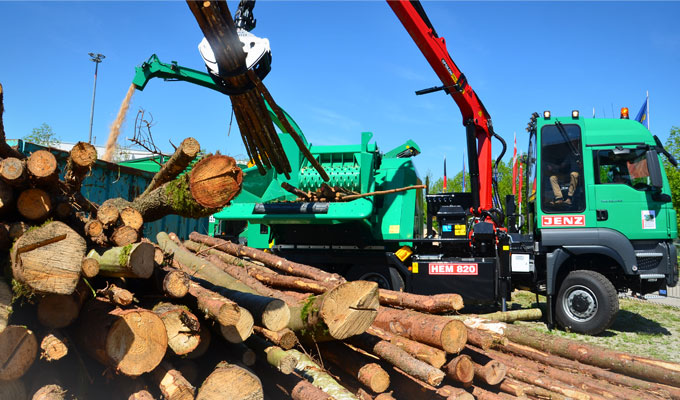 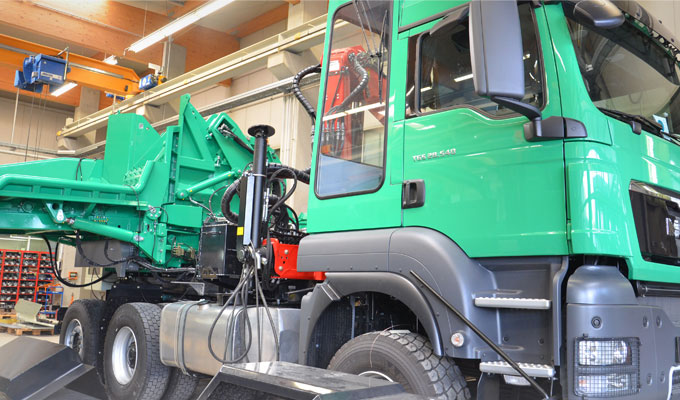 However Claude Reckinger doesn‘t cross the border to drink German beer, but to work. The farmer has been producing woodchippings for more than six years. „It just worked out that way“ said Mr Reckinger. The congenial Luxemburger grew up with pig farming. His farm in Oberglabach, a small village idyllically located in the Luxemburg Canton of Mersch, has around 2000 fattening pigs.
„At the time we built a woodchipping heating plant but we couldn‘t fi nd anyone who actually produced woodchippings locally. Then we just tried to think
what we could do“ said the businessman.

Claude Reckinger bought himself a small mobile chipper but soon found out that the model didn‘t meet his requirements. After only 2000 operating hours he decided that enough was enough. During a trade fair visit he saw a JENZ mobile chipper, and on top of this he received some information from another farmer who was already operating a JENZ mobile chipper. Reckinger was totally convinced by the machine and ordered a HEM 581 Z. He towed it with a Fendt 936 and initially started production for his own woodchipping heating plant.
Later on, as this type of heating became more and more popular, he started travelling with his machine. Nowadays Claude Reckinger is looking after customers within a radius of around 100 km, many of whom are in Germany. His customers are people operating woodchipping heating plants and local authorities. Furthermore Claude Reckinger is marketing his woodchippings locally himself, for example to two hotels. At this point he employed a
driver so that he wouldn‘t have to sit in the saddle himself.

Claude Reckinger wanted to invest more due to the growth chances he recognised. Then, in spring 2011, he placed an order with JENZ for a machine
that had previously not existed. A Chippertruck with a HEM 820 R on its back. „I wanted this machine because I need its power capabilities and because
I like having a bit of performance in reserve“ said Mr Reckinger. Building this huge machine provided considerable challenges for the JENZ designers
and fi tters. These challenges were one reason why Claude Reckinger had to wait around a year until he got his new machine.

However, the chipper truck won‘t be delivered directly to Oberglabach in May 2012, but will spend a couple of days in Munich first. The super-chipper will then be displayed at the IFAT Entsorga trade fair, the world‘s leading trade fair for the water, wastewater, waste and raw materials industries. After that the HEM 820 R Chippertruck will drive the round 600 km from Munich to its new home in Oberglabach.