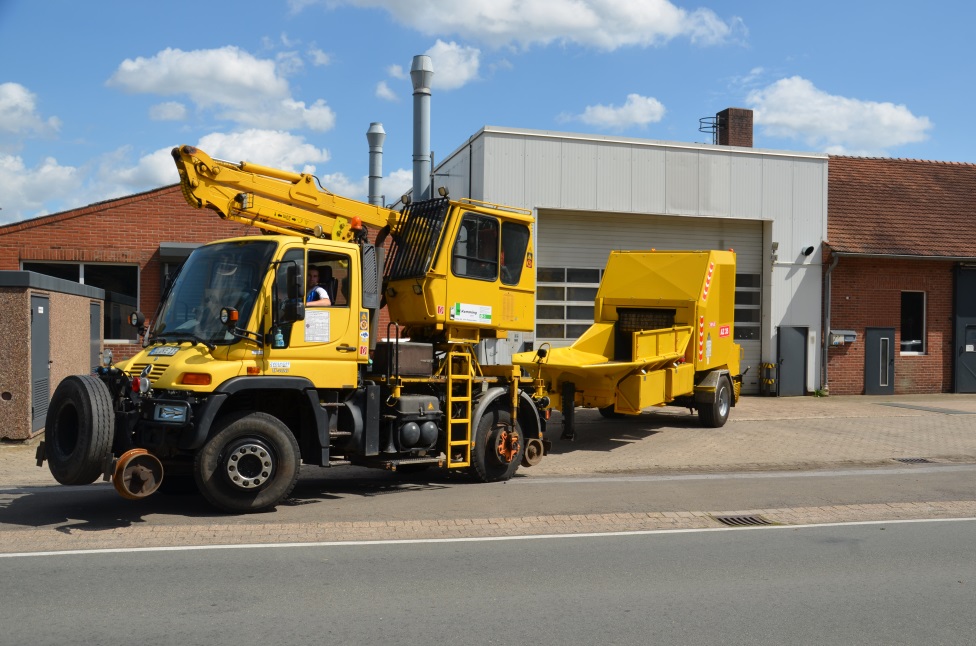 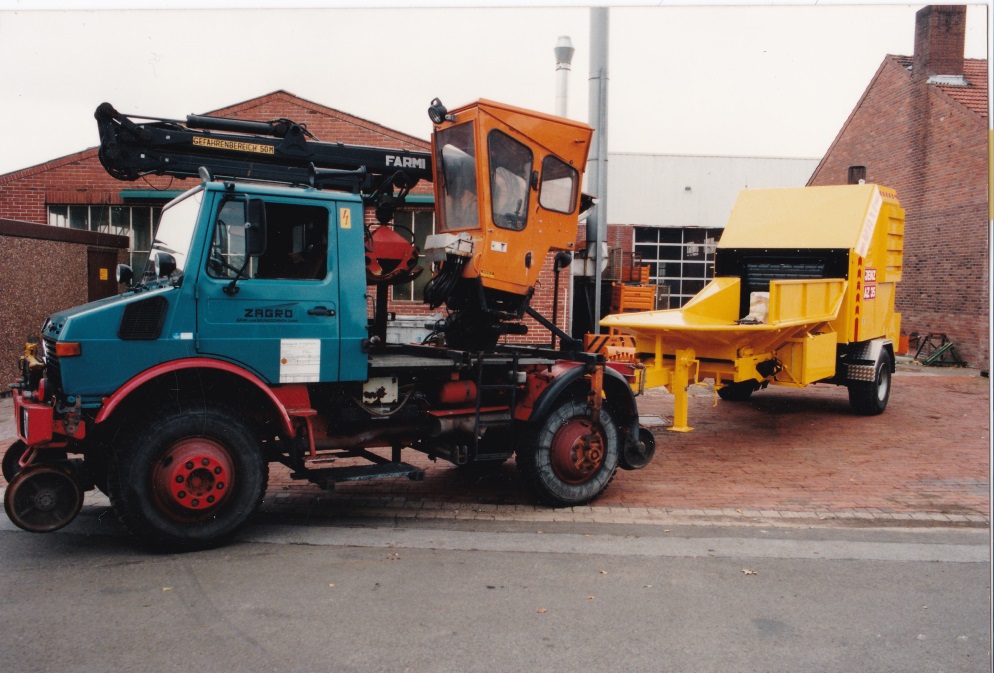 Make something new out of the old

Rosswein (jkr). Haßlau is part of Rosswein, a small town in Saxony with a population of around 7600. Here, Thomas Kemming runs a company providing agricultural services. These include, for example, crop cultivation from seeding up to harvesting, and for the last 45 years it has also included growth removal from railway tracks using road/rail vehicles. This means cutting the wood alongside railway tracks and chipping the cut wood, mostly in the winter months.

As the Divisional Manager for Industry and Communal Work, Gunter Müller is responsible for the above service - even if the graduate agricultural engineer has actually been retired since September 2017. "I'll carry on helping during the transition - for a few pennies" explained Mr Müller with a wink. He has been on board since the company founding on 1st April 1991, and can still remember the decision to purchase a JENZ (AZ) 35 D waste fragmentiser for working along the railway tracks very well. After the wall fell the requirement for mechanically cutting back and chipping wood growing along the railway lines increased enormously. "That's got a lot to do with the fact that the Deutsche Bahn AG cut back a lot of jobs after taking over the East German Reichsbahn and has contracted out more and more maintenance work" said Mr Müller. "Previously, the Reichsbahn had its own gangs in the former East Germany.

At first Kemming, together with its partner company, was using a smaller woodchipper from Austria. "We quickly realised that the power was insufficient and that the machine was not the right one for working on railway systems. We needed a more powerful chipper with railway approval and something with good, nearby service behind it" is how Mr Müller explained the background. "We took part in a machine demonstration in Lower Bavaria; we ordered the JENZ AZ 35 D straight afterwards." They were aware of the JENZ brand even then in 1994, and even though there were also competitive products around at the time "the quality and range of services offered by JENZ convinced us in the end" said Gunter Müller.

Both then and now a Unimog was used as a towing vehicle, whereby it must be noted that the driver had to be a qualified train driver when operating on the tracks. The setup was given approval by the Federal Railways Office (EBA), and Gunter Müller even drove the thing himself for a while. The JENZ shredder provided excellent service on the railway tracks for more than 23 years, mostly in East Germany. The JENZ AZ 35 D is one of a total of three large-volume chippers of its type in Germany. Its main purpose is to chip trees and shrubs alongside the railway tracks, but in this case the chippings are not collected but blown up cutting sides or down embankments. Even the best technology ages in the end, and the requirements on performance also increase. And so one day the management at Wilhelm Kemming GmbH started thinking about how things should continue. "Of course we could have just bought a new machine; but that would have resulted in an enormous expenditure of both time and money in order to get it approved by the Railways Office. The approval costs would very probably have exceeded the purchase price of a new shredder. This is why we decided to give the machine a general overhaul."

"That was a very special job because the work was very complex" explained Service Manager Wolfgang Benditte. "You can compare it with thorough restoration of an old tractor or HGV." The work which was carried out included complete replacement of the belt hopper and other cladding with components which were similar as possible. In addition, the machine stand was provided with a new crossbeam and rotor cover, the leakage protection under the machine was reworked, the engine was replaced with a new electric easygreen and hydraulics and the blower was re-engineered with the new replaceable ejection vanes. At the end of all this the old shredder (AZ) is now a modern, powerful machine with the same external appearance but completely technically revised inside.

"And - we were given the EBA approval, which was very important to us" added Mr Müller. The general overall took more than two months and was only delivered after a delay. "The fact that the work took longer in the end is not really important" said Mr Müller. "The excellent cooperation with those responsible at JENZ was much more important. We are extremely pleased with the new performance and handling. The intelligent motor controller and the improved sound insulation have made the shredder much quieter, which will undoubtedly please those living alongside the railway tracks!" Another example: at the end of July we put a whole spruce tree through the chipper. That was fun, I can tell you" said Gunter Müller, laughing.

Black Beast BA 725 DL »
From chipping manufacture up to disposal »
Full service thanks to fourth JENZ machine »
New biomass processor BA 615 D shows its size »
Giving up is not an option »
Keeping a cool head in the Cobra cabin »
HEM 841 Z in practice: “The machine is extremely well-engineered” »
We can only remain competitive with a professional machine fleet »
The differences are in the detail »
Make something new out of the old »
pre
All customer statements
next